Science and St. Nicholas? It must be Tuesday. 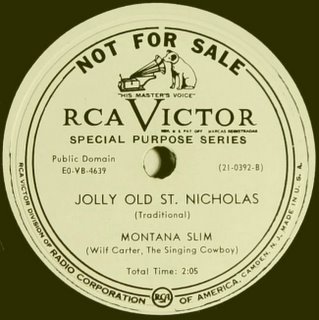 Raise a cuppa tea, or whatever, in honor of St. Nicholas today. The patron saint of children and sailors (and spinsters, druggists, and bakers) died December 6, 343 A.D. So, St. Nicholas - whoever you were and whatever you did - we celebrate your mythic past, fun-filled present, and hope-filled future. Cheers!

And speaking of jolly topics, alcohol seems to permeate not only the office parties this time of year but news topics, as well. I believe I provided a public service with my pre-Thanksgiving post on the solution to over-eating. In that same vein, I present two more little drinkie tid-bits. First, this from Slate:

A study says people who have one alcoholic drink a day are 54 percent less obesity-prone than teetotalers are. (But those with four or more drinks a day are 46 percent more obesity-prone.) Another study indicates that among people who weigh too much or drink too much alcohol, those who drink more than two cups of coffee a day are only half as prone to chronic liver disease. Each study involved more than 8,000 people. Cynical take: Wash out your fat with liquor, then rinse out your liquor with coffee.

But before downing the liquor or coffee, it's best to eat first, according to this New York Times factoid.

As soon as alcohol is consumed, he said, the body starts to break it down, but some is always absorbed directly into the bloodstream. Having food in the stomach - particularly proteins, fats and dense carbohydrates - slows that absorption process.

The things that speed it up are carbonated mixers, like soda, and higher temperatures. (Warm drinks are absorbed faster.) Once alcohol is in your blood, Dr. Stratyner said, neither coffee nor a cold shower will get it out any faster.

Increasing your knowledge of science through alcohol, caffeine and food, that's my goal here at Shorty PJs. Just raise a cup o' cheer (but no more than one) in my honor sometime during the holidays. But eat first. Then drink coffee. Ho-ho-ho.
Posted by MaryB at 6:25 AM