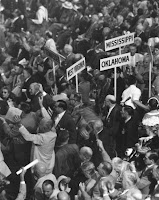 The year is 2012. We've had the 24/7 news cycle for over 30 years. Most of us have access to hundreds of TV channels, video games, plus an internet with infinite edu-tainment capabilities. And thanks to a convoluted primary system, presidential nominees are selected months ahead of Election Day by a handful of scantily-populated states.

So here's what has me puzzled: Why do our two political parties spend millions on week-long conventions, speechifing, wearing silly hats, and subjecting us all to overly-emotional, slickly produced videos of the presidential and vice presidential candidates [cue patriotic music] in this day and time? And tell me why network television feels the need to cover the whole rootin' tootin' business.

Who's watching? Who's listening? Why? You know who the nominees are going to be. You've heard the keynote speakers of both parties before. Do you watch both the Democratic and Republican America the Beautiful patriotic tributes, or just the one for your particular party? (You can probably download it from the party website, by the way, and be done with it. Just a suggestion.) The only reason I can see for tuning in to these creaky events is to see who's wearing the silliest elephant or donkey hat. And, ya' know, that has limited attention value these days.

Reality check, oh great party leaders. Gone are the days where you could hold a nation in suspense about who your presidential nominee would be. The time has passed for the roll call of states to mean anything since your candidates have already been selected. "The great state of (fill in the blank) pledges its 74 delegates to Estes Kefauver!" just ain't ever going to happen again. Mainly because Kefauver's dead, but you get my point.

Now, if the two parties want to have a little 2-day, rally-round-the-candidates, let's-hold-hands-and-wave-the-flag to-do just to light a fire under the party faithful, well, I say, let 'em have it. Have a short party, slap each other on the butt (or across the face), and get back to explaining why you should sit in the Oval Office. Don't you all have better things to do with your time and money? 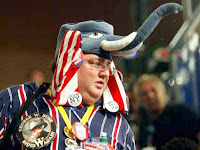 Certainly, the conventions provide lots of temporary jobs for waiters, bartenders, and strippers in the two cities where they're held. But I can't help thinking that even more jobs - permanent ones - could be created with the dough spent on the two parties' parties.

Once upon a time the conventions held the possibility of a dark horse candidate coming out of nowhere, at least for the vice-presidential nominee. Ah, for the days of smoke-filled rooms and behind-the-scenes bargaining sessions! Make no mistake, the conventions were still dull as dishwater, and seemed to last forever on black-and-white television back in the day.  But now, they're so predictable. Scripted. Slick. 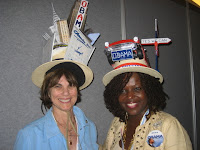 Maybe if they added a final challenge, like Survivor or The Bachelor or Biggest Loser. Or, even better, forced the candidates to compete on a Japanese game show obstacle course. OK, then I would definitely tune in. And seriously, could that be any less dignified than the current conventions and campaigns? Hardly.

But since some sort of ultimate smack-off seems unlikely, I'll limit my convention-viewing time to the bare essentials and throw my support to Netflix. Not even your silly donkey and elephant hats will pull me in.
Posted by MaryB at 11:45 PM No comments:

Email ThisBlogThis!Share to TwitterShare to FacebookShare to Pinterest
Labels: US political conventions 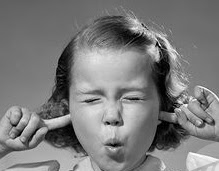 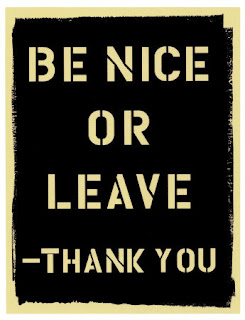 But I'm always up for a good joke or a vacation picture. Or an update on how many times you went to Starbuck's today. Peace, y'all.
Posted by MaryB at 7:39 PM 4 comments: