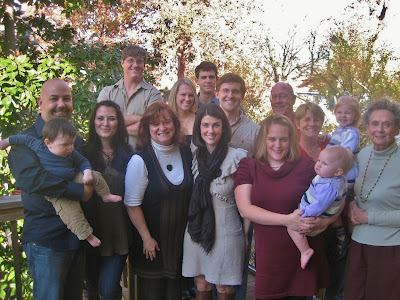 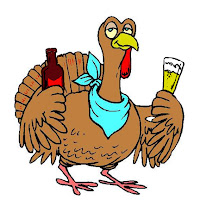 'Twas the night before Thanksgiving, and all through the house:
The turkey is prepped.
The cornbread dressing is just waiting for tomorrow's turkey drippings.
Various casseroles are in the fridge.
New tablecloths are ready to be spread out on the tables.
The dishwasher and clothes washer are both a-washin'.
The baby's fast asleep, with visions of cranberries dancing in his head.
His mama and daddy are having a night out with friends.
And I'm in my jammies, seriously considering an adult beverage or two.
Tomorrow: family, friends, food, parades, football, and turkey-coma.
But tonight? Thanksgiving anticipation.
All through the house.
Posted by MaryB at 9:00 PM 2 comments: 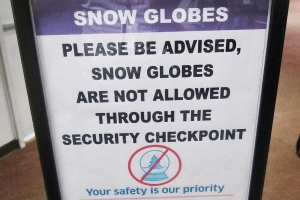 I love La Guardia airport, even though it's one of the rattiest places around. You'd think a city like New York would have a first-class, shiny, Emerald City-like airport, but it doesn't. JFK is even sadder. But I digress. My point is that I figured the last place in the country to install the new full body scanners would be La Guardia, and - whoo-hoo! - I was right.

No travel trauma this trip.

Word filtered through the security lines: No scanners! Relief all around. I think it's the first time in nine years I've seen folks glad to take of their shoes and walk through plain old metal detectors. Fast, easy, non-invasive. And not one of those planes had a terrorist incident!

I'm hoping by the time I go through security at Atlanta (a real first-class, shiny, Emerald City-like airport) next Tuesday, the rules will have changed whereby the full body scanners and aggressive pat-downs are used more sparingly. We'll have to wait and see, I guess. I won't even complain about having to take off my shoes.

However, the terrorist snow globe ban is still in effect. Just warnin' ya'.
Posted by MaryB at 10:53 AM 2 comments:

Since Thanksgiving Day is rapidly approaching, I want to remind you of the rules of the holiday according to me, Shorty PJ's. Pay attention because the Great Pumpkin, the Enormous Turkey, and Santa Claus are watching. Memorize, take to heart, and live accordingly:

A cool, beautiful November Sunday. The perfect time to stroll through Central and Riverside Parks and enjoy the colors of Thanksgiving week - before the marching bands and giant balloons take over! 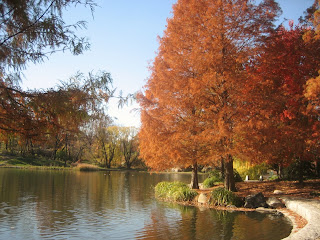 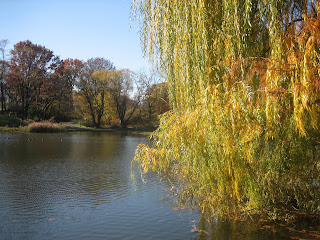 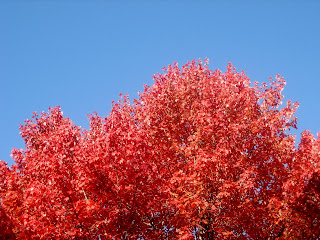 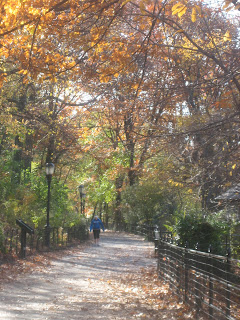 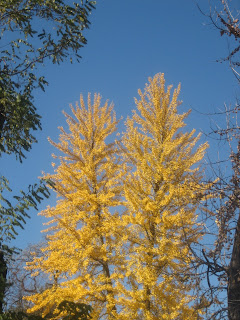 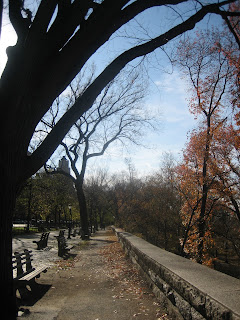 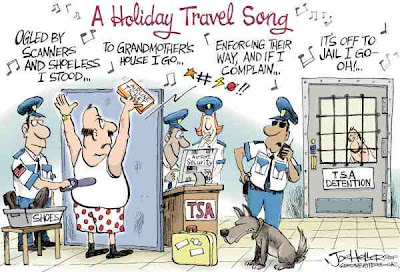 All the news about full-body scanners and 'way more than pat-down searches at airports right now is making me more and more uneasy in the run-up to my flight to Atlanta for Thanksgiving. I feel in my bones there's just something not right about it, security aside. What will I choose to do when I get to the security lines on Monday - scanner or "pat"-down?

I was mildly concerned last month before my trip to the UK. A few days before I was scheduled to leave, it was announced that the new full-body scanners were in place at JFK, the airport I was flying out of. I'd decided ahead of time to do the pat-down, because I just don't trust the body scanner approach. But I worried needlessly. Not a body scanner in sight, just the plain old metal detectors. And leaving Aberdeen and Heathrow? Same thing - regular metal detectors, plus the added benefit of NOT having to remove my very safe looking suede flats. Whew.

Fast-forward three weeks. While I still do not like the body scanner idea, the so-called "pat-down" is not the light, cursory pat-downs of old. Too many really inappropriate, humiliating  reports of this process have caused me to rethink my choice. And I assume that's the point of making the pat-down more and more invasive - to make people opt for the quicker, easier scanner. No, no. I don't mean to sound paranoid or like a conspiracy theorist, but I don't think you have to be either to reach that conclusion.

And that's what I don't like about this whole thing. I don't care if some TSA flunky is watching my full body scan in a back room. But it seems overly intrusive - crashing through simple rights of privacy. And I'm not convinced at all that any of this makes us more secure. If a brazen hussy like me starts feeling nervous and paranoid, then we've really lost this battle, me thinks.

I leave through La Guardia on Monday afternoon. Perhaps LGA's scanner/pat-down system isn't in place. One can only hope. Maybe it won't be as bad as portrayed. I'll report back.

I will, however, be wearing clean underwear (as always), just in case.
Posted by MaryB at 10:58 AM 2 comments:

The Sweet Spot of the Year 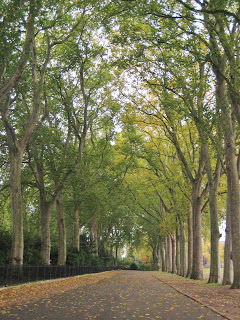 Every year ends in the best possible way. Even the lean, mean years taper out though golden-leaved light and into bright icy blue air that twinkles red and green. The oppressive heat and humidity of the summer and early autumn give way to the fresh, the cold, the invigorating.

But it's more than changes in light and temperature. It's a time that wraps its arms around family and sweet traditions.

Much of it depends on childhood memories and trigger-emotions created and nurtured early on by our mothers and daddies, aunts and uncles, cousins, grandparents, good friends. Consciously or unconsciously, family and friends-like-family played out those Halloween, Thanksgiving, and Christmas traditions year after year, adding a little here, a little there as new members were welcomed into our lives.

Now, the calendar pages peal off toward December 31. The smells, the stories, the DNA-bred-in-the-bone feelings come together to anchor and inspire us. The golds of autumn and the red and green Christmas lights remind us to connect. To embrace. To give thanks. To laugh. To love.

And I need that internal assurance that I'm a part of a whole - a closely woven fabric of family and friends. It's what makes this the sweet spot of the year.
Posted by MaryB at 12:02 PM 1 comment:

My Kind of Funeral 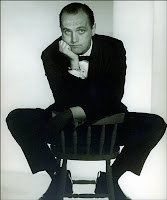 We were sitting in the upstairs flat of Jean's friend Lena, when Lena mentioned the recent death of a mutual acquaintance.

"She's having one of those humorist funerals, you know."

I slid my eyes over to Jean, thinking perhaps I had misheard her friend's thick Scottish accent. Judging from the expression on Jeannie's face, I had heard correctly.

The two women went on discussing the funeral, with Jean calling it "humanist" and Lena calling it "humorist." I zoned out, as my mind drifted to exactly what a "humorist" funeral might entail. By the way, I am not the least interested in a humanist funeral, as I expect a full-blown Episcopal Book of Common Prayer, booming pipe organ, Alleluia-sort of thing. But a humorist funeral? Hmmm. I might be able to get into that. 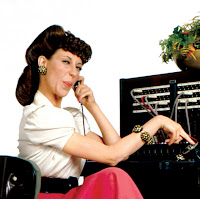 I'm thinking a few paranoid words about death from Woody Allen, then a phone call to God from Bob Newhart, as Lily Tomlin's Ernestine works the heavenly switchboard ("one ringy-dingy, two ringy-dingy"). Maybe Amy Sedaris as Candy could stumble in to say something inappropriate. I don't know. The more I think about it, the more I'm liking the "humorist funeral" idea.

Wonder how I can work that into a Prayer Book event?
Posted by MaryB at 5:03 PM 1 comment: 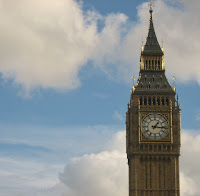 I just got back from nine days in England and Scotland, a trip that was mostly business with a little free time thrown in. Time spent connecting and re-connecting with missioner colleagues in the Church of England and the Anglican Communion is always a joyful learning experience for me. And despite news stories to the contrary, there is much affection and respect for The Episcopal Church. Though most of my days were scheduled to the hilt, I did find a little time to mooch around London, visit with friends, and relax on a couple of long-distance train trips. 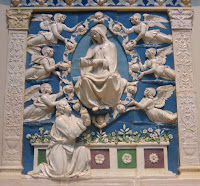 The Victoria and Albert Museum held me captive for the better part of a rainy Halloween Sunday. It's been decades since I've wandered around the place, usually opting for the National Gallery or the British Museum, so I'd forgotten what a lovely place the V&A is. There's so much to see there that it can be over-whelming (as with most museums), but the glazed terracotta della Robbia pieces caught my attention, in particular. The colors stood out among the duller pieces of the age. As I was taking a picture of one of them, a man was sketching and noticed that though the flowers were lilies and daisies, the leaves were birch. Ah, well, call it artistic license. 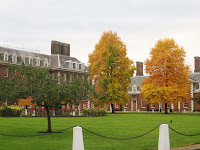 Poppies - little paper ones in remembrance of World War I - are everywhere this time of year in the UK as Armistice Day approaches. I proudly wore one on my coat in honor of my old friend Walter Wildgoose. Remembering Walter lead me from the V&A toward Chelsea and a stroll through the grounds of the Royal Hospital where Walter spent his last years. The grounds, as always, were beautiful - green, green grass and fall colors ablaze outside the barracks and in Ranelagh Gardens. The Royal Hospital and all the poppies remind me of how fortunate I was to get to know Walter and his story.
Food. Yes, always important wherever one travels, and in the UK I demand a full English breakfast (eggs, bacon, sausages, beans, tomatoes - the works), good Indian food, and fish and chips. It goes without saying that gin and tonic or a cold cider is part of the mix, as well. It's hard to find a slap-up English breakfast anymore, but my little hotel in Earls Park did a decent job. 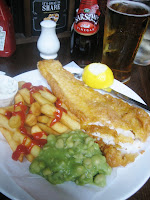 As for Indian food, I met up with blog pal Jo and her son Thomas for a really fine meal down in Addleston. We took our time, savored the spices, and talked our heads off. (Poor Thomas!) My Lamb Ceylon was hot and yummy, just the way I like it. I managed one other Indian meal while I was in London - nice food, but cramped quarters, and not nearly as companionable an atmosphere as the meal with the Moores.
And fish and chips? In nine days I woofed down four f&c meals - all delicious, though the prize has to go to the two I had in Stonehaven, a little fishing village on the North Sea near Aberdeen. The fish was fresh and cooked to perfection. I also discovered cullen skink, a smoked fish soup made with double cream and thinly sliced potatoes. Must find a recipe and try to whip some up. 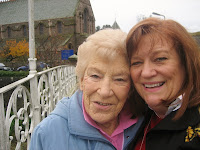 Any trip that combines strengthening business connections as well as personal friendships is hard to beat. My visit with the Moores and my few days in Scotland with dear friend Jean give life a needed spark. I'm still trying to recover from the time-zone change, as well as two - yes, two - daylight savings time switches (UK on Oct. 30 and US on Nov. 6), but it's all in a traveler's stride.
Perhaps a gin and tonic or a cold cider would help?
Posted by MaryB at 6:28 AM 1 comment: