Most Ruthless Card Game? Bird is the Word. 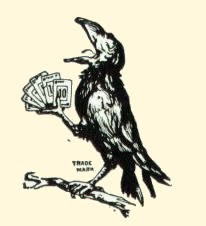 American history and mythology are full of stories about deadly Wild West poker games, where one slight facial tic can cause a player's head to be blown off by another player's six shooter. But poker is for sissy fancy-pants compared to a card game that soaked up a lot of time in our little corner of Tennessee: Rook.


Rook was the only card game we could play in our house. "Face cards," or gamblin' cards, were forbidden in many good Bible Belt homes, but Rook cards were fine, since they didn't hold the whiff of tainted money, whiskey, cigars, and low-life wimmin. In fact, that's why Rook ("Christian cards") was invented by Parker Brothers around the turn of the last century. But I'm here to tell you that wild, fanatical rivalries can shake a house, even without tainted money and the like.
The game was big - powerful big - up at Grandmother and Granddaddy Rob's farmhouse in Henrietta, Tennessee. Now, my daddy's side of the family was always calmer and more in control of their emotions than my mother's whacky Atlanta Bully Bartow clan. The Nashville/Henrietta crowd was so nice and peaceful and took things in a calm, cool manner. Except when the Rook cards came out. Yep, once that deck of Rook cards was pulled out after supper, well, just be prepared for a competitive evening like no other. The calm, cool, collected crowd became excitable, overly-competitive Incredible Hulks. 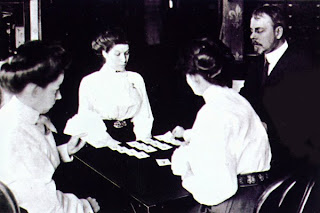 Rook was serious bidness. No fooling around. Funny that, since I don't recall money, property, or whisky being involved. Guess it was just pure-T farmboy competition. Even as a little, little kid, I knew not to make light of the Rook game in progress. But my crazy Atlanta mama never got the message. It's a wonder she made it out alive, truly, because she was in it for fun and silliness - the direct opposite of what everybody else was in it for. Nobody wanted to partner with her. She was famous for letting rip a "Caw! Caw!" every time she drew the valuable Rook-bird card. Yes. It is a wonder she made it out alive.
I like Rook. It's easy to learn and fun to play. I like the memories of watching the game played at the farm in Henrietta, knowing I was witnessing a sort of cultural touchstone. I think I have a deck somewhere.

A Tale of Two Daddies

It's Fathers Day and time to celebrate and remember all the good daddies out there. Two of the best come to my mind today. 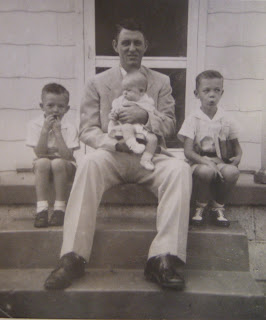 Remembering my own sweet daddy, Newell Clayton Frazier, who died in 1999. He loved all of us like crazy and took real delight in us. He was the one who got up with us in the middle of the night (Mother had daytime sick-duty, Daddy had nighttime sick-duty). He loved grocery shopping, building things - mainly additions onto houses, and gardening. Boy, do I miss all the tomatoes, cucumbers, and squash he supplied over the years! He sat through (though complained about) endless PTA meetings. He let us go everywhere with him - Red Food Store on Friday nights, Stone's Hardware and Snyder's filling station on Saturday mornings, and any other place he was heading out to. He really lived into his fatherhood and set an example of what a good man and daddy should be. I miss him every day. 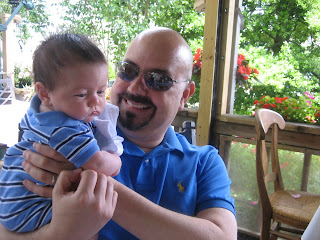 And celebrating my son-in-law, Greg - daddy to GrandBoy Liam. He, too, delights in his new baby,and shows all the makings of a worthy father - full of love and devotion to Baby Mama/my daughter Kate, as well as for his little boy. I'm sure he'll be the type to pile all the kids in the car whenever he's off to the hardware store or gas station, too.
Happy Fathers Day to all who are celebrated and remembered. Hooray for the good daddies!
Posted by MaryB at 11:16 AM 7 comments:

Books Worth Losing Sleep Over 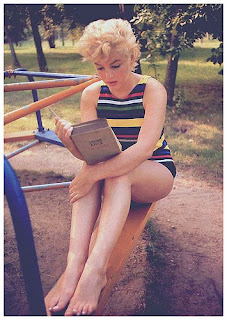 Yeah, yeah. Another post about books. Get over it. Anyway, a friend put out a plea on Facebook for "a fantastic, can't put down, grabs you at the start, book to read." Well, we all plod through our share of so-so reading material, but after a string of the "meh" books, one feels one deserves a rip-roaring page-turner.  So I started thinking: What three recently-read books kept me reading 'way past my bedtime? Here's what I came up with:
What are your three most ripping good reads of late? Do share.
Posted by MaryB at 12:33 PM 3 comments: 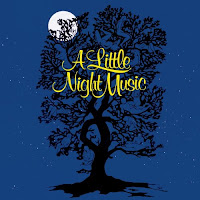 After Catherine Zeta Jones' abominable performance of "Send in the Clowns" on the Tony Awards broadcast, I made the painful decision to write off the current Broadway revival of A Little Night Music. I've never seen the play, but I know the soundtrack backward and forward and really wanted to see the songs in context. But, oh, how awful was CZJ, whipping her head around, over-dramatizing this subtle, angry song? Yikes! (How she won her Tony is beyond me.)

If you're at all familiar with Judi Dench's rendition from the mid-1990s, it's hard to watch even the most seasoned pro attack "Send in the Clowns." I wasn't expecting Zeta Jones to measure up to Dame Dench, but I expected at least an engaging interpretation. Well, I'll leave it to you to compare - first Zeta Jones (YouTube, shot from TV version - only thing available right now), then Dench. There's about 1:00 of an interview at the head of the Dench video; stick with it, but grab a hankie first.

However, the gods of Broadway decided to smile down upon me. After all, who knows when the next revival of A Little Night Music will come around, eh? Well, Zeta Jones and Angela Lansbury (who is marvelous in the role of Mme Armfeldt, I'm sure) are leaving the show after June 20. The show is closed for a couple of weeks, when - wait for it - Bernadette Peters and Elaine Stritch take over Desiree and the Mme on July 13.

Sign me up, sez I! And I lucked out with an Orchestra Center/Center seat for . . . July 13. Bernadette Peters. Elaine Stritch. A Little Night Music. I can hardly wait for "Weekend in the Country," "You Must Meet My Wife," and "Every Day a Little Death." Buh-bye, Catherine.
Posted by MaryB at 9:34 PM 5 comments: 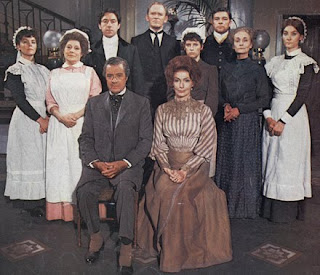 If only Mrs. Bridges had my supper on the stove.
Posted by MaryB at 8:12 PM No comments: