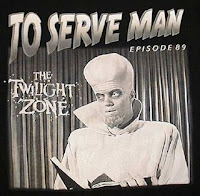 Last December I was asked to write a reflection for Lent 2012. It was a hard thing to do in the middle of Christmas trees, carols, and Santa, but I persevered. Well, thanks to Rod Serling I managed to come up with something. Since today, March 30, is the day of my Lenten meditation, I thought I'd share it:
One of my favorite Twilight Zone episodes involves a bunch of big-headed aliens who come to earth toting an impressive reference book. At first, everyone is terrified, but after a little diligent Alien-to-English work, one of the scientists declares that the title of the book is “To Serve Man.” The earthlings are thrilled and start crowding onto space ships headed for the alien planet. Alas, after a little more translation work, the scientist tries to stop people from leaving earth with the cry, “Wait! To Serve Man is a cookbook!”
That Twilight Zone episode bears some similarities to the Gospel reading in Mark. Zebedee’s boys, James and John, are trying to fight their way onto Jesus’ heavenly space ship by crawling over the other disciples and asking not only to board, but to be given seats in First Class, with Jesus in the middle seat.
Don’t you just know that Jesus got tired of this kind of silly stuff?  I picture him sighing before he continues. First he tells them that they have no idea what they’re asking. “Are you able to drink the cup that I drink? Be baptized with my baptism?” Like children, or anyone who doesn’t have or understand the whole story, James and John eagerly boast that, yes, of course, whatever.
By this time the other ten guys are steaming with indignation, thinking James and John have crossed the line with their demands. But Jesus gathers them together, and then switches things around, turning logic and reason upside-down.

“First of all, I’m not the one with authority to give out seats in First Class,” Jesus explains. “And by the way, all the great and rich people who think they can buy their way up front are in for a surprise.” And here’s the twist: Jesus tells them that whoever wants First Class seats will be have to become a servant to everyone else on board. Just like him. Jesus lets them know that he did not come to sit in First Class. He did not come to be served. He truly came to serve man, and not in the Twilight Zone cookbook-sense.
When reflecting on our place in this kingdom and the next, we would be wise to stop clamoring for the First Class seats and consider our true purpose as people who serve Christ in the world.
“For the Son of Man came not to be served but to serve, and to give his life a ransom for many.”  Mark 10:45, NRSV
Posted by MaryB at 6:39 AM 2 comments: So what would you do with $540 million? That's the question everyone's asking right now. Who knows how much the Mega Millions lottery will be worth at tomorrow night's drawing? So far, I've contributed $2 to the cause. And that's my limit.

One dollar was chipped in with my Office of Communications colleagues at the Church Center. Our pledge - and it is in writing, and everyone has agreed - is that if we win, we will contribute a large sum to underwrite our department, since we are facing budget cuts. We have big dreams for what we do for and with the Episcopal Church, and we're willing to pony up a chunk of our winnings. The rest will be divided evenly amongst us. Seems fair. Cost to me? One dollar.
Then I went out and bought one - yes, one - ticket for my own personal self. The way I figure it is that I'm either lucky or not. Buying more tickets won't change that. Anyway, even if I bought 50,000 tickets, that's still just a drop in the bucket of ticket sales. I don't see it increases my odds any more than just buying that one lucky ticket.
Here's the thing. For $2, I get to spend a couple of days dreaming that dream: what if? After taxes are paid and I take the one-time pay-out, what would I do with the money?
It's fun to dream big. It's fun to make a list of loved ones and unknown ones that I could make very happy or help beyond measure. It's fun to think that retirement and old age would be taken care of, come what may. It's fun to list which church, arts, and aids charities I could support in a big, make-a-difference way. It's fun to dream about how the money could be used to seed important projects. And of course, it's really fun to dream of the vacations, the little paid-for house in Atlanta and maybe a pied a terre in NYC, and the just-for-the-hell-of-it stuff.
The odds of winning a half a billion dollars are massively stacked against me (and my colleagues). But dreaming big, taking stock of priorities ("where your treasure is, there will your heart be also"), and letting the imagination run wild is surely worth two lousy bucks. Go ahead. Dream a little dream. Sing it, Ginger!
Posted by MaryB at 7:19 PM 1 comment: 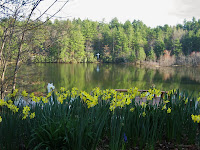 Anyone who's followed this blog over the years knows about my love for Kanuga, an Episcopal conference center near Asheville, North Carolina. Our parish has had an autumn weekend retreat there for about thirty years. Since moving to NYC, I don't get to join in as much as I used, though I did get to go last October with Daughter, Son-in-Law, and GrandBoy. Daughter was 4 months old at her first Kanuga. In short, we've built many wonderful memories at this lovely spot over years - the dances, the talent shows, the cabin-mates, the walks around the lake, the apple-picking, and a few things that, well, let's just say - what happens at Kanuga stays at Kanuga. 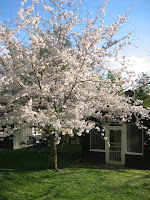 Anyway, I attended a conference (an actual conference, not a weekend retreat) at Kanuga this week and got to see this sacred space filtered through blooming flowers and budding green trees rather than the golds and reds of autumn. It was a wonderful experience, but I missed staying in one of the 1909 green and white-trimmed cabins (we stayed in the inn), partying with dear friends, and watching children running around with abandon. And, as much as I love spring, Kanuga-autumn will always be most dear to me. 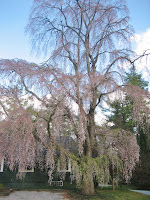 I did enjoy sitting on a bench tucked among the pines, watching the sun go down as the geese played on the lake. What a symphony! Frogs and crickets and water fowl and night birds and who knows what all vocalizing to high heaven. Not a dissonant sound in the bunch. I highly recommend it for recharging the soul.

Email ThisBlogThis!Share to TwitterShare to FacebookShare to Pinterest
Labels: Kanuga in the spring

March 17th dawned bright and beautiful in New York, a perfect day for a massive parade of pipers, drums, flags, and all manner of creatures wearing green. I found a spot on Fifth Avenue at 66th Street and got as close to the parade action as possible. Enjoy! 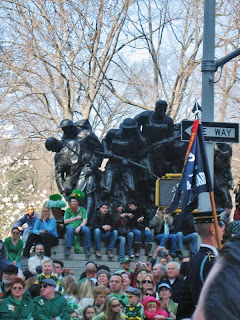 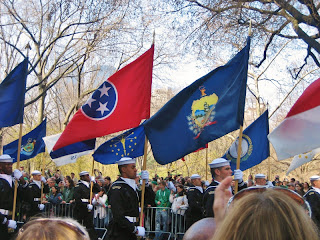 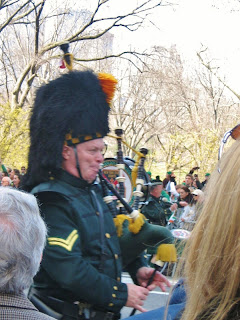 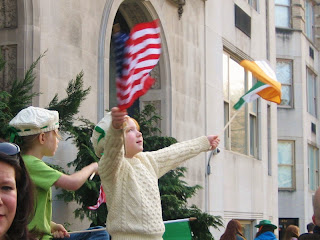 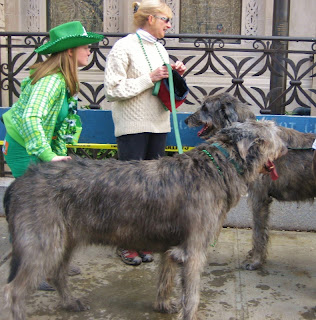 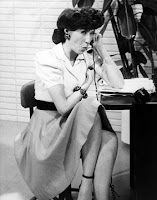 I did it. I discontinued my land-line and am completely reliant on the whims of mobile phones and the internet. I realize I'm the last person on the planet to do this, but when I lived without my land-line while my apartment was being painted, it became very clear to me that I didn't need it.

The whole thing is kind of scary, but I just couldn't justify outrageously large monthly bills for something I rarely use. The only folks who'll miss my land-line are Time Warner and wrong numbers, political hacks, and TV evangelists (how they got my number, I'll never know). Oh, and some poor inmate at the local drunk tank, who calls repeatedly for Janice.

The hardest thing about discontinuing the service was giving up my highly-prized Manhattan 212 area code. Sigh. But at least I can say I did, once, have the code. Moving on.

So now I'm waiting for my new cell phone and service. Should be delivered at the office on Monday. In the meantime, I still have my Blackberry for work, which will suffice for any emergencies between now and then.

It's the end of the line. Literally. I do hope poor Ernestine has moved on to AT&T, Verizon, T-Mobile, or Sprint. Hate putting her out of a job.