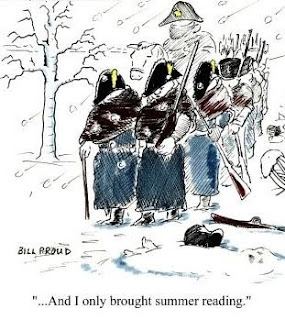 OK, so I've already told y'all about my plans to stick to Southern authors for my summer audiobook list, but who will give me ideas about what actual paper-page-turning books to read for the next few months? Why, the New York Times, of course. Thanks to Janet Maslin's list of  guilt-free beach books, I have a few ideas of what to have on hand to lull me to sleep at night. C'mon, you know you've been dying to read Chelsea Handler's Chelsea, Chelsea, Bang, Bang and Dave Barry's I'll Mature When I'm Dead.
No? Well, maybe something else will strike your fancy. Summertime is a great excuse for reading less intellectually weighty tomes (aka: trash). Nobody expects you to read War and Peace (has anyone actually read W&P - ever?), so you're free to pick up whatever murder mystery, bodice-ripper, or C-level celebrity biography you may be drawn to.
Realizing that one man's trash is another man's college entrance exam essay subject, I'm open to summer reading suggestions. I don't like romance (the type with Fabio, et. al. on the cover) or much of science-fiction, but I'm open to any idea you're not too ashamed to pass along.
Go ahead. Toss your trash my way. Let's agree to leave Tolstoy, Schopenhauer, and Proust in their rightful places, propping up wobbly tables and filling the unreachable shelf in the bookcase.
Posted by MaryB at 3:53 PM 5 comments: 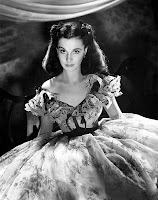 Friend Richard is working on a new book about growing up Southern. We Southerners take our idiosyncracies for granted, I believe, and are taken aback when some little quirk that comes so naturally to us - speech, mannerisms, humor, story-telling - is pointed out to us by non-Southerners. As much as I want to pass on some pithy anecdotes for Richard's book, this ingrained-ness has made teasing out the stuff distinctly "Southern" troublesome for me.


Of course there are the usual suspects: our over-the-top love of Co-Cola, fried okra, church on Sunday, family reunions, outrageous (and outrageously told) stories, Gospel music, Steel Magnolia mamas, hard-workin' daddies (pronounced "deddies"), and Vacation Bible School.
And the burdens we carry: antebellum/plantation/slave-ownin' history, gun-totin' bubbas, trailer trash, some folks who are conservative-to-the-point-of-unChristian, 100%+ humidity in the summertime, and the fact that any time a news organization interviews someone from the South, they head for the fattest, greasiest, most toothless idiot they can find. (Hey! Who's in charge of PR for the South?  We've got some shorin' up to do.) 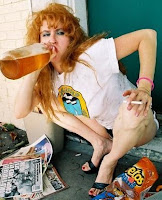 But delving into my mama-isms, school and church experiences, and musical tastes (be that music or food), a lot of what I'm coming up with may or may not be distinctly Southern. Maybe it's more about the time and circumstances into which I was born - "Greatest Generation" parents/"Baby Boomer" kids in 1950s/60s. Maybe it's just the standard middle-class experience of that era with a Southern swirl on top.
I do have a solid list of real Southern stuff to pass along. Deep down inside, I know that I'm different from anyone raised outside the South. Yes, there is some indefensible baggage, but mostly it's wonderful, shiny, hilarious DNA that I'm proud to have.
But if any of you Southerners have something you'd like to pass on to Richard for his book, let me know and I'll put you in contact with him.
Posted by MaryB at 10:49 AM 9 comments:

New York City is full of news. All the time. And it's not all Fashion Week, Met Openings, Broadway Premieres, or Times Square bomb threats. Stick with me, kid, and I'll keep you in the loop. Here's the latest.
New York lost the creator of a city icon recently. Leslie Buck, designer of the Anthora coffee cup died a couple of weeks ago. Way before Starbucks and Dunkin' Donuts decided that coffee was a big deal, Mr Buck created disposable, distinctive Greek-themed coffee cups for the ubiquitous imbibation sold at delis, coffee shops, and street carts. Grab 'em while you can, but you must shun Starbucks, et. al., to get them. Or, stop by any gift shop and get a replica in ceramic. I don't like coffee, but I love the cup. Cheers, Mr. Buck! 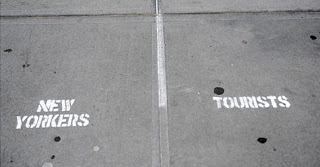 The other day someone drew a line down a portion of 5th Avenue's sidewalk, dividing it between "New Yorkers" and "Visitors." A little art project, so think most folks, but it did spur lots of press coverage and discussion amongst the people. The point of the whole project was to create a fast lane for those of us walking at the speed of light and give folks who want to stop suddenly, take pictures, look around, get lost, etc., a place to do that without causing a major pedestrian pile-up. While acknowledging the importance of, even loving, NYC tourists,  those of us trying to get from point A to point B sorta like the idea of a speed line for workin' folks. Alas, the line is gone now. Fun while it lasted. 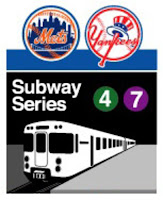 The weekend's biggest brou-ha-ha is the ever-popular subway series, pitting the New York Mets against the New York Yankees. Yes, a city divided. If I was a bettin' girl, I'l lay down bucks on the Yanks to sweep (they won last night), but as an Atlanta Braves fan, I really don't care who wins the subway series. It's best to avoid any baseball talk for the next few days because fan-egos are fragile (or explosive) here. Fortunately, a temporary cease-fire will be signed by Monday so that New Yorkers can function productively. At least until the next subway series. 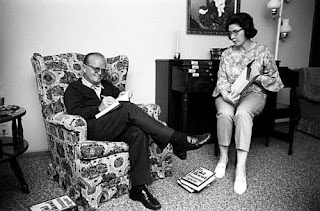 I've decided to spend the summer with Southern authors. From now to Labor Day, only voices from the South will be downloaded onto my iPod to enhance my daily commute, airline travels, and rambles 'round the big city. The last couple of summers have been dedicated to Tales of the (Real, aka New York) City, but I need a change.

It's amazing the number of fine books I've missed over the years, so I'm creating my very own summer reading list. Goodbye, Bookmobile! Hello, iPod! The goal is to find golden gems from Southern writers that have somehow escaped my attention and plug 'em into my little portable story-tellin' device. I'm looking for any and all suggestions of such literature available via audiobook for download, preferably from free sites, like the library.

First up: Olive Ann Burns' Cold Sassy Tree. My only defense for missing this when it came out in 1984 was that I had a year-old child at the time, and keeping up with bestsellers was not high on my must-do list. Second up: As I Lay Dying by William Faulkner. I've read a lot of Faulkner, except for this one, and am looking forward to having someone do the work of reading it to me so that I can just sit back and enjoy the language and the story.

I don't have a Third Up yet, so feel free to suggest away. Remember, I'm looking for American Southern - Georgia, Tennessee, Alabama, Mississippi, Louisiana, the Carolinas, Virginia, Kentucky, and, yeah, I'll accept the city of Baltimore. Just send me the title and author, and I'll search it out. Doesn't have to be "Great Literature," just good Southern story-telling.

And if I can't find it in audio-form, I'll read it the old fashioned way, by turning its pages before going to sleep at night.
Posted by MaryB at 4:52 PM 4 comments: