8 For What We Will 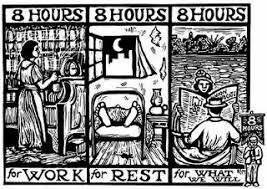 Happy Labor Day, y'all. It's a day to celebrate the 40-hour work week, overtime pay, a minimum wage (as small as it might be), collective bargaining rights (as small as they may be), and weekends! Safer workplaces and the absence of small children working dangerous machinery are a couple of other things to be thankful for.

In the late 19th century, the Gilded Age and Progressive Era ran smack into each other - boom! Thanks to brave politicians willing to reign in the robber barons and even braver working folks organizing for better working conditions, the American people tried to hammer out a way for those who had money to make more money, while not jeopardizing the lives and livelihoods of most of the population who were just trying to make ends meet and still be alive at the end of the work day. 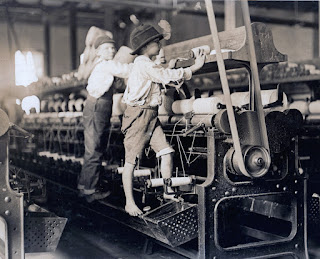 Just take in some of these pictures and stories. I've purposefully chosen those of women and children, though certainly men were abused in the same way. Look at them. All hard workers - no shirkers, here. Helping their families keep a roof overhead, food on the table, and medicine available when necessary. Young children and scary equipment. Women burned alive or dead from jumping out of the Triangle Shirtwaist Factory building. And the consequences of painting radium onto watch dials so they (the watch dials, but eventually the women themselves) could light up in the dark.

It took years to reckon with and legislate against the most heinous and unfair labor practices. True, factories with heavy machinery and any sort of mining jobs were and are inherently dangerous, But the late 19th-early 20th century labor movement worked to make earning a buck as safe as possible, even for the most hazardous occupations. For that alone we should be celebrating today. 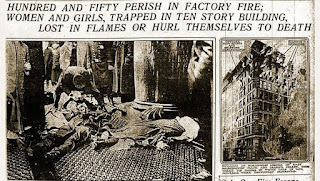 But let's not be naive. First, who's missing in these pictures? Hard to find any black faces. That struggle is ongoing. And second, unfortunately, labor bosses evolved into the equivalent of mob bosses, their greed and forms of retribution as harsh as any Gilded Age captain of gelt. Thanks to the corruption of those bosses, unions and the labor movement are met with disdain and animosity today. A horrible dilemma, but not one we can't overcome.

Here's the thing. Most people want to work. I guarantee you there are more folks at the highest level of the food chain avoiding real work than there are in the middle and on the bottom. More folks at the top are gaming the system than ever were able to game it at the lowest rungs of the ladder. Let's stop making bad guys out of the women and men trying to better themselves through work and education. Don't be a work-snob. Work of all kinds is honorable, unless illegal or immoral, and, shoot, even then . . .  Show some gratitude. Treat people as the humans they are. 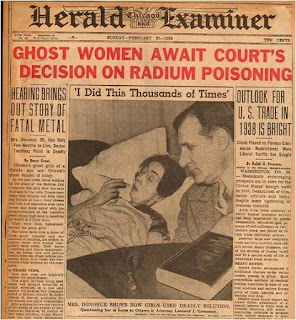 My prayer for this Labor Day is that we don't throw the safe, fair, moral baby out with the tainted bathwater. Folks shouldn't have to work two and three jobs to take care of hearth and health. Fair pay for a good day's work. And we've got to work out this healthcare thing. It should never have been tied to work in the first place. Yes, it's a Gordian Knot, but we can and must figure this out.

Consider how lucky many of us are for that 8 for work, 8 for rest, and 8 for what you will. It was won through much blood, sweat, and tears. Just look at the pictures.

I know we're in a time of high public immorality, but the wind has got to change for the better soon or we are doomed. So, consider that as you appreciate a good grilled burger and beer the Labor Day.