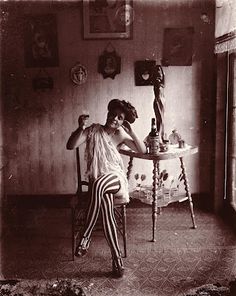 As a student of American government and politics, being pretty darn good at sorting through mountains of information and making up my own mind, and having determined who I'm voting for in the upcoming election, I hereby announce that I'm pulling out of the swirl of stress-inducing crapola being flung around 24/7. To save my mental and physical health, here's my plan for surviving the current political season:
So I'm waving a fond farewell to hate, bigotry, and uncivil behavior rampant at the present time and hoping our better angels show up at the ballot box. In the meantime, I'll cling to my 2016 Election Survival Guide as tightly as possible. Pass me a Co-Cola, will ya'? It's almost time for A Muppets Christmas Carol.
Posted by MaryB at 8:08 PM 3 comments: 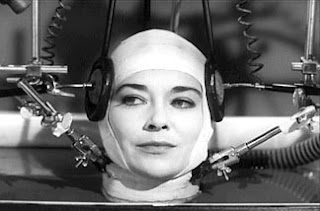 I played guinea pig today. For three-and-a-half hours, I clicked on pictures and arrows while my head was in an MRI cage, took paper tests, regurgitated lists of words and numbers, and tried to duplicate drawings and images - all this in aid of memory and aging for a study at Georgia Tech.

My mother and her mother had dementia, and I'm more scared of that than of any cancer or physical thing that can be thrown at me. Except being buried alive, which y'all know is my biggest fear - but isn't dementia/Alzheimer's like being buried alive? (So, yeah. I should've never watched Still Alice.) Anyway, when the opportunity to take part in a study for memory and aging came along, I figured I'd jump right in.

First, they taped a vitamin E gel-cap to my head and strapped me into an MRI contraption. I was shown hundreds of pictures and had little clickers to rate each photo on an emotional scale of 1-4 from least intense to most intense. Interspersed with the photos were arrows pointing left or right, and I had to click on which way they were pointing. All of this came at me very quickly, and I spent 90 minutes or so just focusing on the monitor in front of me and clicking as quickly as I could - all while my head was encased in a cage with the usual MRI banging and clanging going on.

Once I finished with the MRI, the vitamin capsule was removed, and I was taken to a computer monitor where I was shown hundreds more pictures and asked to decide whether I had seen them before or not during the MRI. They went by very quickly, so I had to make snap decisions. Oy. Afterwards, I was given a series of written puzzles, visual images to memorize, and lists of words and numbers, some of which I had to recount backwards. We'd often circle back to images, words, or numbers seen or heard earlier, I suppose to test my retention levels.

I wasn't told my results - whether I have severe memory issues or whether I'm a wiz at remembering images, shapes, words, and numbers. They did pay me for my time and give me a disk with an image of my brain. Not sure of what I'm suppose to do with it. Perhaps this year's Christmas card photo? What it did tell me was that I can endure several hours of intense testing without going bat-shit crazy or falling asleep. I'm better at remembering photos than geometric shapes, and better with words than numbers. Not much of a surprise, but good to know.

I can't figure out what the vitamin E capsule was supposed to do, but I'm considering taping one to my head for memory's sake. I did, however, remember to reward myself with a hot fudge sundae afterwards, so my memory can't be completely shot, eh?
Posted by MaryB at 5:32 PM 1 comment: