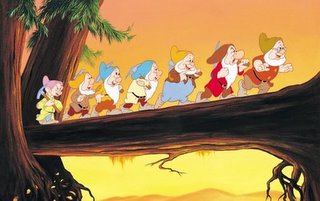 On the third day of Christmas, my kind boss gave to me - a job to return to. Since nothing really gets back to normal until after the first of the year, I use the week after Christmas to organize things both real and virtual. I still have a brainful of tinsel, so I'll spend the morning doing the manual labor of cleaning my desk. That should get me to lunchtime. After that, I'll be ready to start the organization of computer files which has needed to be done for at least six months. That should last till Friday. See, I need a clear strategy or I'll just put my head on my desk and doze.

But first, the annual post-Christmas Day inventory:
What about you? Was it calm and bright for you, or more 'tis the season to be jolly?

I'm glad you had a great Christmas! We were quite merry ourselves. First year with Santa for my little girl, so that was fun. Yummy food. And of course, the George C. Scott Christmas Carol on Christmas Eve. :)