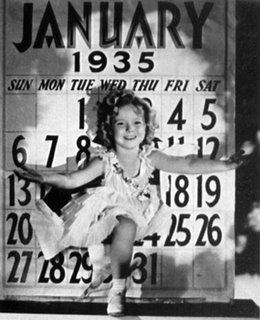 In an effort to tie up a few loose ends before giving a big "Mwah!" to 2005, here are some fuzzies I found in my coat pocket:

A remake of Three Men in a Boat - and you know I love my Jerome K. Jerome! - on BBC2 (which helps me not at all, of course) is set for January 3. It'll take donkeys years to get over here, but I'm raising a glass in honor of an updated version of the story. An interesting article about how much fun the three stars had on their boat trip up the Thames can be found here. I love Dara O'Briain's description of how different England is from the river's point of view:
The Thames cuts through an England previously unknown to me. Over the past few years, I have performed in practically every town in this country - by road and rail I have seen each corner of the sceptred isle. By river, however, we might as well have been on a different continent. Oh sure, you knew that Reading, say, was just past that bank of trees on your left, but you never had to see it. In fact the closest parallel I can draw is that it was like walking to work, but only by jumping through people's back gardens.
Jumping through people's back gardens, indeed! What a yummy idea!

Playbill.com has its Picks of the Top Theatre Stories of 2005. I'd guess the biggest story was that Broadway really cha-chinged this year, raking in mo' money than it has in years. Fine, fine stuff there right now, both musicals and non-musical plays. The place is really cookin'. Couldn't happen to a finer keeper of live performance (plus off-Broadway, of course).

Looking for a few hilarious literary quotes of the year? The Times of London gives a nice selection from British-type writers (sorry, no Nicole Ritchie). Here are the winner and runner-up:

Sentence of the year -
“In an attempt to breathe life back into the traditional pillars of the economy, the coffin of classical liberalism was nailed shut.” Richard Holmes’s In the Footsteps of Churchill

Runner-up -
“Was it that day that I noticed Myles’s toes were webbed?” John Banville’s The Sea, winner of the Man Booker prize

Something to aim for, fellow writers - Wykehamist pimp, et. al.

A big thanks to all who have sent along book recommendations. I'm making a list and checking out the bookstores this weekend. I'll let you know what I lug home. By the way, anyone read Ursula Under by Ingrid Hill? It was thrust into my hands by a good friend a couple of weeks ago, and I've just uncovered it from underneath various wrappings and ribbons. I started it last night, and it seems pretty good.

Still no word on my former classmate Tom Fox and the other three hostages kidnapped in Iraq November 26. The most recent news story involved a vigil held in Trafalgar Square for Norman Kember, reported yesterday by BBC. Spare a thought for them all as we lurch toward the new year.
Posted by MaryB at 1:39 PM

The 'Three Men in a Boat' on BBC2 was pretty good - shame we can't email it to you!

Damn. Sorry I missed it. Wish you could email it to me!