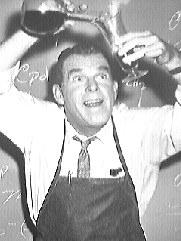 I haven't indulged my love of the New York Times' Science Times section in a while, so I thought I'd make up for it today. Consider it a little Tuesday gift from the gods of journalism.

Seems a lot of people think they have sleep disorders when really all they have are good old-fashioned primitive sleep patterns. I often go to sleep for a few hours, then wake up and read for a couple of hours, then go back to sleep until the alarm goes off. Other folks take an hour or two to fall asleep, then conk out for the rest of the night. These patterns aren't so unusual, according to researchers. Artificial light has caused humans to compress natural sleep cycles into shorter periods, which works for some people but not those of us with "primitive bimodal sleep" rhythms. Read about it here.

Are heart attacks really more common on Mondays? Yup, says a study monitoring these kinds of statistics in several countries. In fact, Mondays pose a 20% greater heart attack risk for men and a 15% greater risk for women. The cause? Who knows? Heavy weekend drinking? The stress of having to go back to work? Too many people living out old Carpenters tunes (Rainy Days and Mondays . . . )? Just be careful out there!

Ever hear of Ekaterina Dashkova? Yeah, me neither. Seems Kat was an enlightened young thang sharing the earth and the love of science with Ben Franklin. The two brains met only once, but they corresponded until his death. Dashkova, the first woman to head a national sciences academy, took over the directorship of the Imperial Academy of Sciences in Russia and restored its intellectual respectability. You know that impressed old Ben - he liked women in any shape or form, but really loved the smart ones. Read more here.

And what's with these hairy lobsters recently discovered in the South Pacific? They look like something Andy Warhol would come up with, doncha' think? Weird. Read more and see a picture here.