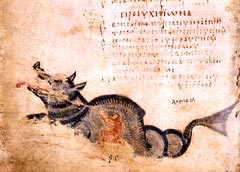 “Myths are public dreams, dreams are private myths." - Joseph Campbell
Well, the West Virginia miner story turned out the way we feared it would. Twelve of the thirteen dead.
In yesterday's post I asked why mine disasters and children in wells seemed to have a mythological quality about them. Johnno at The Open Mind commented that it might be part of what Joseph Campbell called "the belly of the whale" monomyth (from The Hero with a Thousand Faces, 1949), where the hero finds himself in a dark place - possibly a place of self-discovery - before he has to battle for his life. Johnno also pointed out that seems our heroes rarely escape to fight the battle. It's certainly true in this case.
I'm no Campbell scholar, though I've seen most of his The Power of Myth interviews with Bill Moyers. It never hurts to delve into our myths occasionally to put some of life's puzzle pieces into place.
I had my own private myth (see above quote) right before waking up this morning. I dreamed that a person who did me a terrible wrong a few years ago admitted that wrong then truly, sincerely asked my forgiveness. I woke up stunned. Of course the person has never honestly admitted to the egregious acts, though a very defensive apology was offered (forced by other folks, I suspect). I forgave and moved on - you have to or you'll be eaten alive from the inside out. At any rate, the dream added another layer to my private myth, which of course included an earlier belly-of-the-whale experience. Guess I need to settle into a Campbell book sometime soon.
Keep the miners and their families in your thoughts today. And still no word on Tom Fox and the other three hostages in Iraq. Public dreams and private myths are manifesting themselves around us all the time.
Posted by MaryB at 8:49 AM