Of seagull sandwiches and something strange in the closet 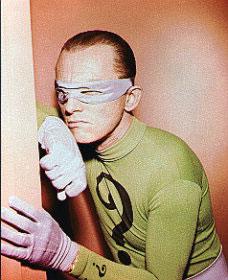 Back in my Turner Broadcasting days, we were in Florida shooting footage for a rental car commercial. Just standard beauty shots of cars driving over sunlit bridges with boats sailing in the background, etc. The crew and I had to drive from place to place looking for just the right location, so we were stuck in a car for hours with each other. This was in the days before iPods and video players in vans. Imagine! A whopping ten years ago.

We were getting kind of fractious, when the cameraman cut through the grumbles, "I have a little story to tell you, but you have to figure out why it ends the way it does. Only "yes" or "no" questions, and I can answer "yes," "no," or "irrelevant."

Sure. Why not. We're stuck here.

So Don proceeded to tell a long, involved story that involved a seagull sandwich and a suicide. Our job was to figure out the reason for the suicide. It took a solid two hours for five of us to come up with the solution, with much hilarity and confusion along the way. And - oh, lucky crew! - Don had a host of such tales, so he kept us occupied the whole time. One dealt with a woman who murdered her sleeping husband after she found something in the closet (and no, it had nothing to do with another woman). Another was about a dead parachutist found naked on the beach. There were more such stories, but I can't remember them now.

Has anyone else ever played this story-based guessing game? I can't remember what the stories are called - they're kind of like riddles, but I think there's a specific name for them. They are usually long and complex and end with a death, either murder or suicide. Is there an anthology of these riddle/mystery stories out there? Anybody know where I can get one?

Am I stuck asking "yes" and "no" questions for the rest of my life? And aren't you curious about why the guy killed himself after eating the seagull sandwich? Yes. No. Irrelevant.
Posted by MaryB at 6:21 AM

Another good trick for long car rides: ask everyone to recount their life story. It can be surprisingly entertaining and informative.

Driving from Vancouver to Calgary for a debate tournament, the van I was in once did exactly that.

Lateral thinking. I think that's what it is. I know some 'If he'd seen the sawdust he wouldn't have died.'

Thanks for the link, Johnno! I recognize some of the stories. Still, it's not as much fun reading them for myself as it is going through the whole yes and no question thing.

Milan, the life story exercise is a good one with the right group. I'm afraid for my TV crew, it would've turned into a "can you top this?" fib-fest! ;-)

they're called conundrums & there's a few others but the only one i remember is the seagull sandwich. i just stumped three people with that one tonight.

There was a game put out a few years ago that was nothing but these puzzles called crack the case, but my favorite still remains the seagull sandwich one.

Jeff, I agree that the seagull sandwich one is the best. I think some enterprising film-maker should make a movie out of it . . .