Lie back and think about reading these . . . 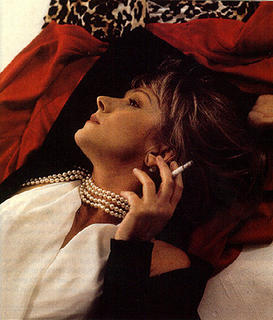 "The City of Falling Angels" by John Berendt, author of "Midnight in the Garden of Good and Evil." Instead of Savannah, we're transported to Venice to investigate the 1996 fire that destroyed the Fenice Opera House. It's written in the same narrative style as Midnight and introduces a host of colorful local characters.

"The March" by E.L. Doctorow. Ah, a book about one of a Georgia girl's favorite characters - William Tecumseh Sherman. The title role of the march is, of course, the march - the big one that torched its way through Georgia to help end the Civil War. Should be a goodie.

"Rough Crossings" by Simon Schama, an account of what slaves did during and after the American Revolution. The book enlightens on early black leaders and abolitionists, as well as the constant search for freedom that reached throughout America and to Sierra Leone in Africa.

"Mark Twain: A Life" by Ron Powers. It's about time there was a good biography of Twain - such an interesting, interesting man. Dig in!

Seems Ian McEwan ("Atonement," "Saturday") can't even give books away - at least not to men. He and his son decided to give away a collection of novels, both British and American, and found it harder going than expected with the males in the lunchtime crowd. Sez he:

Every young woman we approached - in central London practically everyone seems young - was eager and grateful to take a book. Some riffled through the pile murmuring, "Read that, read that, read that ..." before making a choice. Others asked for two, or even three.

The guys were a different proposition. They frowned in suspicion, or distaste. When they were assured they would not have to part with their money, they still could not be persuaded. "Nah, nah. Not for me. Thanks mate, but no." Only one sensitive male soul was tempted.

McEwan's conclusion? When women stop reading, the novel will be dead. Lucky for him that women won't ever stop reading, eh?
Posted by MaryB at 3:25 PM