Missing New Orleans and the Best Looking Men in the World 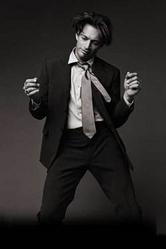 With Mardi Gras in full force, New Orleans is in the throes of trying to reclaim some of its Pre-Katrina fabulousness. And it was a fabulous place, trust me. It was the most unique city in the United States - in fact, it was an American city by accident of place, really. It was a foreign city. Not un-American. More like non-American. It was a wonderful stew of art and food and music and accents and color. Nothing like it on the face of the planet.

It wasn't cleaned-up and Disneyfied, and yet that was what was so appealing about it. The streets were lined with wonderfully ornate buildings - the chic and well-maintained cheek-to-jowl with those who'd seen better days long ago. Flowers and ferns cascaded over curlicued wrought-iron, masking much of the fading splendor. Except that was the beautiful part: old, lived-in, grand dames of buildings that made you wish to hell they could tell their stories. Um-um.

And music everywhere. Pouring out of every open doorway and window, seeping through the walls and cracks in the sidewalks. Jazz personified. Standing in the heat and humidity of Preservation Hall, smushed in with a hundred other folks listening to music - real music - played with fervor and joy and hard times and sex and sweat - I had my jazz epiphany. This was what the music form meant. You had to hear it in the hot, damp, sultry muck of New Orleans to get it. No air-conditioned concert hall could ever do it justice. And there was no place on earth like it.

And don't get me started on the food. Forget ambrosia. The gods are eatin' red beans and rice with a generous splash or two of Tabasco. Or a muffaletta or a plateful of beignets. Yum.

But one of my favorite things about New Orleans was that it was home to the most gorgeous men in the world. Truly. And they came in all colors, too, so you had a variety to admire. Why, a weekday lunchtime in New Orleans - beautiful Harry Connick-y men pouring out of offices mid-day - could kick-start your heart in a second. Yes, there are handsome men found all over the world, but I'm saying that New Orleans had - hands down - the largest, most delicious-looking collection of menfolk on earth. And all of them had that great New Orleans accent; they were purdy-talkin' good-lookin' men. It was worth the trip just to man-ogle.

Now I guess they're scattered to the four-winds. That could be a good thing, I reckon - spread the wealth, that sort of thing. But, boy oh boy, it was a treat to see a whole collection of 'em in one spot. Disneyland for grown up women. Big sigh.

Certainly New Orleans had tremendous problems, so don't yammer on about that to me. But it had a history and culture like no other city in the US. When I hear folks say "just let it go - New Orleans is over" I know that either they've never been there or they have no knowledge of the history of the place. Swamp Los Angeles or Miami if you must - but New Orleans? Never!

So you party on, NO. Have your Mardi Gras. Do what you must. We'll just have to see what happens. Katrina was a catastrophe of mythic proportions (and I'm not just talking about the handsome-man-diaspora). But your kind of culture can't be held down for long. The music and food and aura are more powerful than wind and water.

Give the Big Easy, Crescent City, Best Looking Men in the Worldtown a little lagniappe in your thoughts and prayers in celebration of Mardi Gras.
Posted by MaryB at 9:36 AM

We're way too disorganised to be good travellers but,last year, I said, 'Right, this year we are going to New Orleans. It is a place I really want to go, and we're going to do it. Not just talk abouit it, but do it.' Next thing along comes Katrina.

And now you've just made me mourn for what I never saw all the more!

Well, this is spooky!! - Liz has written almost exactly what I was going to say.

With us it was probably going to be this year, nothing definite had been planned but, yes, your description of New Orleans was exactly how I imagined it to be.

Let's hope the spirit is still there and will shine again.

Over the years I spent a lot of time in NOLA, for both personal and business reasons. Been down in the bayou also, spending a week vacation on Grande Isle, which ain't so grand any longer.

In all my dozens of trips there, not once do I recall being impressed with good looking men. However, I vividly remember an abundance of georgeous women.

Fingers crossed, the city will re-bloom and we can all meet to have a couple of Hurricanes (wonder if they'll change the name of that drink?) and watch men. (Except for you, Winston - you can watch the ladies. Never noticed 'em myself.)