Much is being made of all the 40th anniversaries swirling around this summer. The 6-Day Arab-Israeli War. Race riots in Detroit, Newark, and Washington DC. The release of Sgt. Pepper's. The Summer of Love. It was a hot old summer, evidently - full of The Good, The Bad, and The Ugly (released in 1966, foreshadowing the year to come, I reckon).

Most of that, however, was off my 16-year-old self-involved radar screen (except for the music part). I don't think I found out about that 6-Day war until years later. Truly. Because I spent most of the summer of 1967 bouncing between my aunt Nell's apartment in Orlando and my friend Emily's house in St. Pete. For us, the Summer of Love consisted of long days by the pool or on the beach, late afternoons scaring ourselves silly watching "Dark Shadows" and re-runs of "Alfred Hitchcock Presents," and relaxed evenings at the movies or watching TV, falling into bed after "The Tonight Show." Totally Gidget. 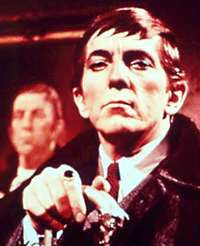 Things were a little more carefree for us when we were with Nell, because she worked all day, and as long as we kept things neat and did her ironing (that's what I did while we were watching afternoon TV - didn't mind a bit, really), we were free to lay out by the pool as long as we wanted. Heat. Water. Baby oil and iodine. Radio. A snack once in a while. How good could life get? Completely self-absorbed. Or boy-absorbed. Or Sean Connery-absorbed. Wars and riots just didn't touch us that summer.

We had a different schedule when we were in St. Pete. We had to fit into a family of five, and Emily's mother didn't work. We did a lot more house-cleaning and chores there, but we were rewarded with trips to the beach. Chores were a small price to pay for a day on the beach. Heat. Water. Baby oil and iodine. Radio. Snacks. Boys. Ahh, the good life. What riots? War? Where? 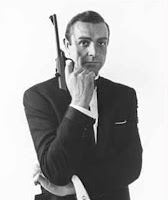 A sickeningly joyous middle-class 16-year-old American experience in light of all the turmoil of that 1967 summer. But I can still feel the glory of the heat and water, of clinging to girlfriend and little sister during the scary Hitchcock moments, of wonderful meals and mindless, funny conversations. Wouldn't trade it for anything.
Posted by MaryB at 7:37 AM

What a summer that must have been!

It's strange when I listen to 20th century histroy programmes and hear about the 6 day war or the Cuba crisis or loads of these things, and they just sort of passed me by at the time. I was aware of them but not really interested I suppose. Not when there were more interesting things in life - like The Beatles.

I reckon we can forgive ourselves for being typical teenagers. The times must've scared the wa-doo out of our parents, though.

what a lovely post Mary! I loved reading about those times, thanks for sharing.

Do you remember the Hitchcock...
"you forgot about Sam, didn't you...?" the one with the killer who posed as the nurse or was it the nurse that posed as a killer? Anyway, those afternoon thunderstorms in Orlando would strike about the time we were watching "Dark Shadows" and the Hitchcock hour. What great times!

Absolutely - I think the "you forgot about Sam" episode scared me for years! I can still see that guy's face as he said it - taking off the wig, wearing the nurse uniform! And those afternoon thunderstorms made the scary shows even better. Notice I didn't even bring up Shermer's or strawberry pies from Shoney's (or whatever it was called in Orlando). Them wuz the days!