Very cool exhibit in Vanderbilt Hall at Grand Central Station, courtesy of my old favorite Turner Classic Movies. Celluloid Skyline, from a book of the same name by James Sanders, features all the ways in which the City of New York has starred in movies over the years - from inspiring the skyline of Oz in that Wizard movie to the gritty ugly stuff of 70's realism.

There were the expected exhibits and lots of screens with movie clips, but several New York painted backdrops were on display, as well. Absolute heaven for a combo movie-lover/New York fan! One other good thing: it's free! 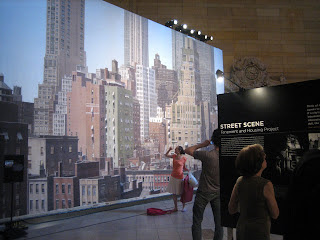 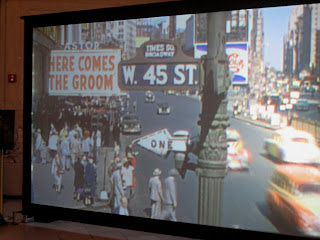 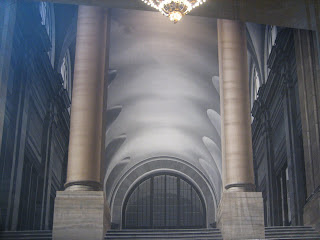 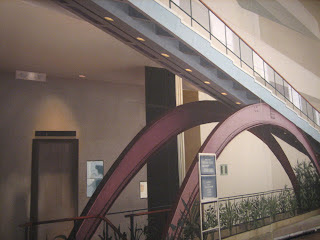 Backdrop of United Nations interior in North By Northwest
(Hitchcock couldn't get permission to shoot inside the UN)
Posted by MaryB at 5:02 PM

i'd have loved to have seen this exhibition - so interesting