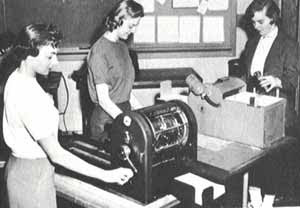 Life is too tense and stressful these days. And for A-type personalities like myself, crank the stress-o-meter up a few more notches.

The other day when I was stranded on Staten Island waiting for a bus to take me to the ferry that would take me back to Manhattan, I truly did try my best to put the things out of my control (like bus times/ferry times/weather) to the bottom of the stack and pull up the Pollyanna thankful-things (nice warm sunshine, good lunch, family and friends). As Cheri Oteri used to say on Saturday Night Live: Simma' down!

Over the years we've lost a lot of things that kept us in a state of euphoria, or at least on a slow boil (thus, simmer down).

For example, I would like to campaign for the return of the mimeograph. C'mon, friends, the purply-blue ink on wet paper that we buried our faces in as soon as the teacher passed out math quizzes was how teachers maintained classroom control. We were all high on mimeograph ink. Talk about sucking the stress out of a situation! As Bill Bryson wrote in his memoir The Life and Times of the Thunderbolt Kid:

"Of all the tragic losses since the 1960s, mimeograph paper may be the greatest. With its rapturously fragrant, sweetly aromatic pale blue ink, mimeograph paper was literally intoxicating. Two deep drafts of a freshly run-off mimeograph worksheet and I would be the education system’s willing slave for up to seven hours."

Once mimeograph morphed to odorless Xerox, classroom behavior changed radically. Those of us educated in neatly-rowed classrooms, with 2 15-minute recess periods, and one or two long whiffs of mimeograph ink several times a day were way less crazed than kiddies today. In fact, there are days when I think, gee, if I could just sit with a mimeograph social studies test covering my face for 20-30 minutes, I could seriously get on with the work of the day. Calm. Cool. A little out of it from the purple ink. 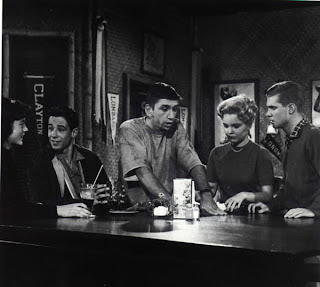 Other things that might cause euphoria and relieve stress that are no longer in fashion: Hula Hoops, Fizzies in tall colorful aluminum cups (though, probably, a leading cause of Boomer Alzheimer's), The Many Loves of Dobie Gillis, and using a mixture of baby oil and iodine as suntan lotion. Ahhh, just feel the tension rolling off your shoulders. Makes you want to run off and change your name to Thalia Menninger!

Now, look, here is another research subject that would get funding! To improve classroom behaviour, maybe they should be filtering the air conditioning through mimeographed sheets.

Sounds like a Rockefeller Grant to me, Liz. Let's apply! Mmmmmmmmm, mimeograph fluid.

jcburns said...
This comment has been removed by the author.
6:28 PM

I may be wrong, Mar, but I believe mimeographs were those ones that had the black sticky but essentially odorless ink that required a stencil to actually be 'cut through' by the impact of the typewriter. A 'ditto machine,' or spirit duplicator (it's on wikipedia, yes) was the thing that took the purple pungent alcohol-y ink and made a transfer to the paper that

Mimeo was good for a lot more copies before a master degraded than a 'ditto'. The purple ditto material lasted longest, but there were other colors.

You could get high on the ditto stuff but not so much on the mimeo stuff.

Call me a conaisseur of school-based printing techniques. In fact, I wrote this fine post on the hektograph, you may remember.

Ooh! I remember both forms of copying material, though I had no idea what they were called: by the time I left school, photocopying was common-place.

What I want to know is:

Oh, yeah, I remember the mimeograph (or ditto or mamogram, or whatever) with the burple ink. That machine was in a very small room, almost a closet, with no ventilation, off the asst principal's office. There was a girl, a fellow student, that worked in there running copies for all the teachers. She had permanently glazed eyes and smile.

jc - I did toy with using "mimeograph/ditto" because I couldn't remember if there was a difference. When I saw that Bryson had used mimeograph, I followed suit. Thanks for setting us both straight!