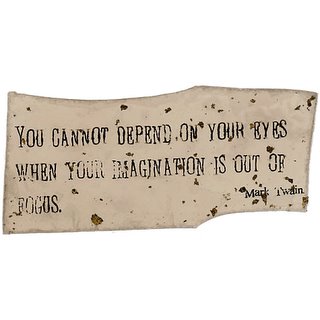 I am really struggling with my writing right now, and I don't know why. I've been given a great story to tell, thanks to dear Walter, so all I have to do is create more depth for events and characters than I was given. It sounded easy when I started. Creating is what I do best. With a framework of real people and events, plus knowing Walter as I did, parts of the story should have fallen into place better than they have so far. I think I'm overwhelmed by the whole thing, often feeling unworthy of the whole project.

Regarding the friendship, I feel that whatever I write - whatever I create to fill in gaps or make the story more readable - needs to be true to Walter, to the way he lived his life and the times in which he lived. I have too much angst about this, I know. If I wanted to be absolutely true to Walter's story, I'd just publish his letters and be done with it. Let whoever reads them fill in whatever he/she wants. That may come later, but what I feel should be done (and I think Walter would've liked this idea better) is to create a fictional story loosely based on his life.

Again, that sounds so easy - especially since some of the very best parts of the tale are true, and all I have to do is beef them up a bit. I was given a great framework, but whenever I go off on a writing tangent, creating characters and situations, I get caught up in what Walter would've thought about the whole thing.

Now that I see my problem written down, it makes it seem even sillier. I'm writing fiction based on fact, so I can do whatever I damn well please, go off on as many tangents as I want. What's holding me back?

The second problem stems from my own scattered thought patterns at the moment. I'm very busy at work, there's a big fund-raiser coming up for a local theatre of which I'm a board member, I have got to get my living room and dining room painted before Thanksgiving (it's a goal and I mean to keep it - bought the paint yesterday), and - well - the list goes on. I've started getting up at 5am and writing until 6:30, and that works well for me. Unless I'm on the road (last week Vancouver, this week Raleigh).

Yes, scattered is the only way to describe it. I have at least 7 potential stories and one play rattling around in my head right now, in addition to Walter's story. I flit a little here, I flit a little there - feeling that I need to write what I feel I need to write at the moment. Well, as you can imagine, that's getting me nowhere on any of it. I used to laugh about adult ADD, but that's the only way I can describe my life and motivation right now.

So what I need is focus for my imagination (thanks, Mark Twain). I need to move everything to the side (at least between 5-6:30am) and stick to Walter's story. Even when I'm in Raleigh. Or wherever. Wish I could use my nose like a camera lense and twist it until my brain became sharp and clear. Arrgh!
Posted by MaryB at 12:58 PM