Movies to put you in that Halloweeny mood 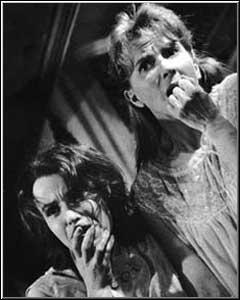 What's not to love about Halloween (unless you see satanism and witchcraft hiding behind every school desk)? I'll spread my posts about this fun-filled holiday throughout the month, but suffice it to say that I love to see children (of all ages) don the persona of some alter-ego clown or gypsy or Barney or Freudian Slip during this festive month.

So I'll start with my favorite Halloween movies, since you'll be wanting to watch them from now through October 31 (because on November 1st we toss out the goblins and haul in the gobblers). But first, my rules about Halloween movies:

1. The setting: New England, old England/Scotland/Wales/Ireland, Transylvania or any other foggy Eastern European setting, Deep South. Sorry - no midwest/Texas/California junk, usually. (Although I think the setting for The House on Haunted Hill was California - but it seemed New England-dreary, so OK.)

3. There needs to be a child-like quality about them. I've left off the slasher movies - even Halloween - because they lack innocence (slasher-movie innocence is too contrived).

OK, here are 11 Halloween goodies (in no particular order):

1. Hocus Pocus (1993). I don't care if it's Disney and reviewers hated it, it's rapidly becoming one of my favorite Halloween movies. I still find Bette Midler, Kathy Najimy, and Sarah Jessica Parker hilarious. The whole thing is very evocative of a kid's Halloween experience, with a big wink to adult humor. 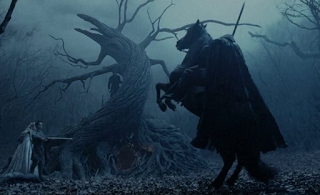 2. Sleepy Hollow (1999). Classic Washington Irving story - and who can resist the Johnny Depp-Tim Burton combo, with Christina Ricci thrown in?

3. Double feature: Frankenstein (1931) and Bride of Frankenstein (1935). Oh, come on. What's not to love about these two? Boris Karloff, Director James Whale, classic black and white 1930's cinematography - plus a ravishing Elsa Lanchester as the Bride - wowser! And for kicks, make it a triple-feature with Mel Brooks' Young Frankenstein (1974). "Pardon me, Roy - is that the Transylvania Choo-Choo?"

4. OK, I know it's technically a television show, not a "film," but I have thrown in It's the Great Pumpkin, Charlie Brown (1966) - if only as a warning to never give up your opportunity to go trick-or-treating, not even in the hopes of seeing the Great Pumpkin.

5. Dracula (1931). Poor Bela - he could never escape the whole blood-sucking thing. But the accent is iconic, so maybe he can rest in peace because of that. Another 1930's classic.

7. The Haunting (1963). Forget the Catherine Zeta Jones' one, except for Lili Taylor (who's always marvelous). No - save your horror for the original Robert Wise version with Julie Harris and Claire Bloom. Beautiful black and white - typical Wise-directed cinematography (very West Side Story and The Sound of Music). And wonderfully neurotic Julie Harris. Plus Claire Bloom's mod wardrobe. Yummy! 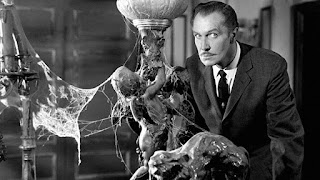 8. The House on Haunted Hill (1959). William Castle and Vincent Price. Can you spend the night in the mansion (and still be alive the next morning)? If so - you get $10,000. Ah, but it ain't so easy, my friend. I once showed this at a Halloween slumber party for 4th grade girls - and they loved it!

9. The Worst Witch (1986). Fairuza Balk before she went really Goth. Also Diana Rigg, Charlotte Rae, and Tim Curry. Really lame special effects (hey - it was early in the green-screen game!), but my daughter watched this so much as a little kid, that we consider it a must-see Halloween flick. 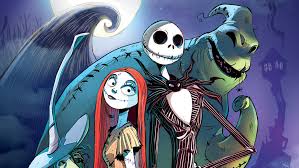 This should get you started and revved up for the holiday of black-and-orange. Make lots of popcorn and cider and settle in for a little cozy creepiness. Wanna add to the list? Feel free - just make sure you play by my "rules" (or submit a cogent justification for breaking them).