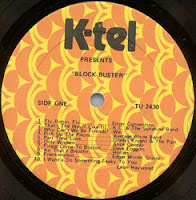 Thank you, Bob Doty. May the angels of classic sit-coms and K-Tel/Popeil commercials watch over you. Bet you don't need your "Awquityourbitchin" sign in Heaven.
Posted by MaryB at 3:42 PM

God bless Bob. I'm sure he thought he was as lucky to have you as you felt to have him.

You were lucky to have a guy like that as your first boss. If he had been a jerk and you had a miserable work experience, it would probably have negatively affected your entire life. Plus, from that point on you knew what a boss SHOULD be...

good people are hard to come by.....but good bosses are harder to find

A lovely tribute, Mary. It's reminded me of someone I should mention on my blog.

Gee, I could spend all day blogging.

It's nice to hear someone have something really nice to say about their boss.

I was indeed lucky to know Bob and have him as a boss. I've really only had one terrible, awful boss throughout my work experience, so I guess I'm pretty fortunate. I know there are real terrors out in the world o' work!