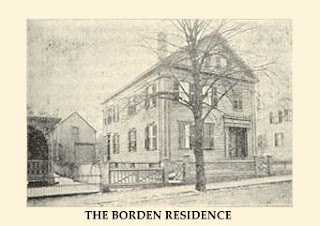 Would you spend the night in the hotel room where Janis Joplin died? What about the room in which Lizzie Borden's stepmother was hacked to death? Fancy 40 winks at the hotel that was home to Legionnaires' disease?

Yeah? Well, I've got good news for you. You have a veritable smorgasbord of choices when it comes to vacationing in haunted hotels, according to an MSNBC story. From New York's Hotel Chelsea, where Sid Vicious killed his Nancy and Dylan Thomas died (different dates and rooms, of course) to Raffles Hotel, Singapore, where 300 Japanese officers committed mass suicide after Japan's surrender in 1945, you can pay to stay in some of the creepiest places known to haints the world over. 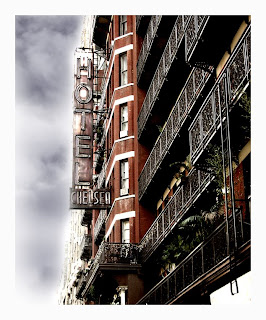 Travel+Leisure is pushing haunted holidays, as well, listing some of the same spots but adding a few new ones to the roster. Seems Marilyn Monroe slinks around the Roosevelt Hotel in Hollywood and Cal Neva Resort at Lake Tahoe. She really gets around. And Elvis pops up now and then at - well, lots of places, actually, but also - the Las Vegas Hilton.

I like the choices. Do I choose to stay in a room where someone died or was brutally murdered? Or do I stay in a room that's just haunted now and then by a deceased star? Oh, the dilemma! So many dead celebrities and fabulous accommodations, so little time and money.

Still, that Lizzie Borden Bed & Breakfast is mighty tempting, I must say.
Posted by MaryB at 7:38 PM

How about a creepy old house on LERCH Street in Chattanooga? We all even spent Halloween in that house. It was a dark rainy night. We couldn't even go 'trick-a-treatin' Remember? I still think that was the creepiest place and we lived there for almost three months. I wouldn't even spend the night in that house now. (probably due to the fact that someone else lives there and that would be really strange and creepy)
Bro.

Yes, that was a spooky house, even though we only lived there for a few months. I just remember it being very dark with lots of weird rooms. Wonder what it looks like now? Probably a very cool house. But in 1956? No. Scary.

I'll come back to read again and think about your happy/sane post.