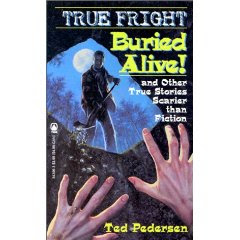 What are you most afraid of? I mean other than losing a loved one or financial catastrophe? My top three are:

What scares you most on this Happiest of Halloweens? Boo!
Posted by MaryB at 9:01 AM

Spiders! Really really hate spiders. The way they move it just scares me with a capital S. I still get nightmares about them too

I'm always scared about something happening to my family, especially the kids. I'm probably over protective!

Who could guess you'd have so much in common with Ron Weasley? (spiders)

Yea, Beth! Great to hear from you - email and catch me up on things. Hope all is well in Minnesota. Happy Halloween (and All Saints Day tomorrow).

The number one thing I'm scared of is being struck by lightning. And wasps - I'm really scared of wasps.

I'm not sure that this is exactly what you're after, but I don't worry about the other kind of stuff... Though maybe I will now...

1. Clowns
2. Chickens (see my last post)
3. The mere thought of being in the military. Please do not misunderstand as I hold the servicemen in highest esteem. I would simply crumble the first day of basic training...

A little newsflash for ya...Sand Mountain Linda has finally pulled the plug on her dial-up internet, purchased a new laptop, and subscribed to warp speed WIFI! Movin' On Up!!!