Why I'm a Big-City Girl 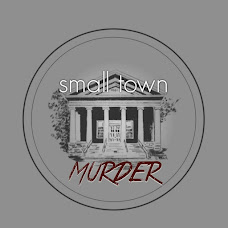 I've watched a lot of true crime lately. Not sure why I've fallen down that rabbit hole, but it's kept me entertained (entertained??) as the world burns around us. I'm also a huge fan of horror movies - the haunted house-kind, not the blood-and-guts kind - which is also a worthy escape genre in this day and time. Both true crime and horror serve to remind me why I favor big city, urban craziness over small town certain death.

Ninety-nine percent of true crime shows start something like this: "Dingleberry, West Virginia. A small town two hundred miles away from the noise and culture of a population center, where everybody knows each other and lends a helping hand when needed. Just like Mayberry." Horror movies start the same way, but these virtues are usually enacted rather than narrated. And then the slaughter comes. 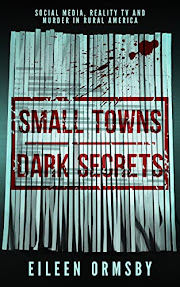 Now, I was raised in a small city, yes, watching The Andy Griffith Show, and nothing terrified me more - well, OK, daddy longlegs terrified me, too - than the idea of having to live out my life in a Mayberry, however charming the TV denizens might be. Shoot, I didn't even want to live out my life in that small hometown city, as I was constantly looking longingly down the road to the energy and excitement of Atlanta. And had I been able to see a future that included living and working in the greatest of all cities, New York, I would've probably just died in ecstasy before actually living that dream.

So, no. I was never a small town/small city girl. No, I do not want to live in a place where I know everyone and where everyone knows my business. And I certainly don't want to live in a place with a per capita murder rate way higher than NYC (yeah, look it up), full of secrets, illicit liaisons, and ax murderers. Big cities have all those things right out in the open - no sneaking around -  and with so many people that the odds of your murder are pretty slim. But small towns? Yikes! 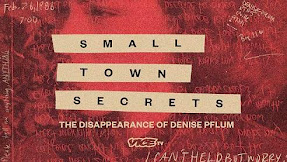 And while my reasons for being a big-city girl have their foundations in the desire to live smack in the middle of a cultural, educational, and financial center, I've gotta say that I breathe a sigh of great relief after watching the horror and true crime of some picayune little Mayberry.

Now, excuse me while I watch yet another grisly small-town crime story as the sound of big-city traffic and sirens outside my windows supply comforting white noise to the whole affair.

I’m with you, sister. But Law and Order reruns are more my thing. Sometimes I wake up and think I’m an attorney.

Hahaha! I do love Law and Order (good big-city stuff).