Dear Trump Supporters: Now It's Your Turn to Listen 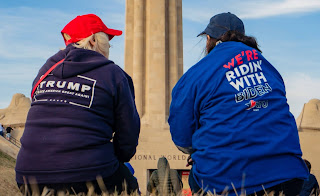 Four years ago, millions of us were gutted to find Donald Trump elected president. How could this happen? What had we missed about folks who decided that this carnival barker of a man would be better at running the country than a brilliant, experienced woman? So the three million more of us who had voted for the smart woman were told to stand down and to spend time understanding the Trump voter - this mythical "heartland" voter.

Many are one-issue voters - abortion, guns. Many come from a homogeneous background - white, Protestant or evangelical, consider themselves the "real" Americans, triggered by words like "socialism." Others see their world changing in a way that leaves them afraid and confused. And when constantly told that the "other" is taking your job, your way of life, killing babies, and coming after your guns, folks will follow anyone who promises to put a stop to whatever they're afraid of, whether it's bullshit or not.

Now, Trump voter, it's your turn. It's time for you to tuck away your fears and preconceived notions about us. You need to listen and really hear what millions and millions of us think. We outnumber you, so trying to understand us will be to your benefit.

Like you, we represent a wide range of beliefs, fears, and hopes.

Unlike you, we're not a very homogeneous group racially, culturally, economically, politically. 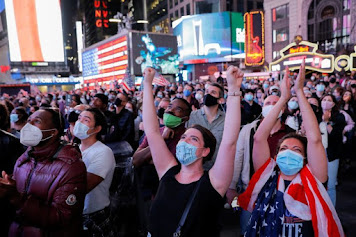 Unlike you, we do tend to live in cities and their suburbs because cities are the financial, educational, and cultural centers, Cities are where the jobs are. Cities are more accepting - or ignoring - of differences. So, yes, a lot of folks who live in large population centers aren't white. Many have different religious views. They are centers of the richest of the rich, poorest of the poor, and everything in between.

There are a lot more "unlike yous" that you need to understand, but those differences are as varied and personal as there are individuals.

We are certainly not politically monolithic. We range from solid center - even a little right of center - to left-wing radical. In fact, we're all over the place politically. I know this frustrates you. It sometimes frustrates me. But I believe our crazy political spectrum is a strength, not a weakness. I'm proud that we don't have to tick off all the center/left boxes to work for good.

So. Now it's your turn. You have to wonder why this country and cities around the world took to the streets to celebrate the defeat and downfall of Donald Trump. If you don't wonder or don't want to know, I invite you to come out of your very protective comfort zone and learn about us.

Honestly, I'm not feeling very kumbiya at the moment. I'm over trying to understand you. It's time for you to take the time and effort to understand me.

I don't know if any hearts and minds will be changed. But we all have to live and work and play in this country together. We are all citizens of the United States. It is in our best interest to at least find some common ground.

The ball is in your court, Trump supporter. I'm ready when you are.