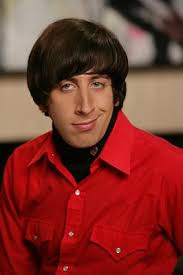 I heard her before I saw her. The nurse at Lenox Hill Hospital, where I was being treated for pneumonia several weeks ago, had popped in a few minutes earlier to let me know, "You're getting a new roommate," so it wasn't a complete surprise. At first, it sounded like a man's voice. In my IV-antibiotic-induced haze, I remember thinking, "They wouldn't put a man in here, would they? I shouldn't have a man roommate, right?"

The voice was loud, off the Richter Scale loud, giving orders to the whoever was wheeling her to the door. Then it stopped sounding like a man - really, they wouldn't give me a male roomie - and started sounding like . . . Howard Wolowitz's mother from The Big Bang Theory. Exactly.

Betty was a mess and let everybody know it. She was almost deaf, so anyone talking to her had to repeat - louder and louder - whatever they were saying. She was almost blind. She was very obese, as big around as she was tall. And her body was completely failing her.

On the other hand she was very entertaining. That voice, wow. I did feel like I was in the middle of a Big Bang Theory episode. She had a good sense of humor, complete with some real zingers. After having to skip breakfast and lunch because of medical tests, she came back to the room famished. Our fabulous nurse, John, had saved her lunch and her dinner so that she would have plenty to eat. And eat she did! Inhaled it (yes, I could hear it all). In the middle of her meal, she said in a loud (very loud) voice: "I'm eatin' like I got ten assholes heah!" I lost it. And every time I think about it, I lose it. Just think about it.

She was also concerned about me. "How ya' doin' over theah, Mary! All right?" And I'd yell back - several times so that she could hear - "Fine, Betty. Thanks!"

But as hilarious as Betty was, she was also losing control of her body and ready to check out. "I've lived a good long life, why am I still here?" She was embarrassed by her inability to hear, see, and control bodily functions. In short, she was ready to go. She readily admitted to the nurse that she was depressed. Only one grand-daughter lived nearby, and she visited once a day, but the rest of her family were either dead or lived far away. She'd lived in the same Brooklyn apartment for over 50 years, but now her neighbors were strangers who didn't speak English. She was a stranger in a strange land and was ready to move on.

Betty taught me a lot. I learned that getting old ain't no picnic, especially if you lose control of everyday body functions, those things we take so for granted. I learned that to make things a little easier going forward, I must control my weight, and I must pay attention to the tiniest changes in my sight and hearing. I learned to keep family and friends close, or as close as I can or dare, because being pretty much alone at that stage of the game is a hard, hard thing.

After a particularly hard night of groans and tears and massive clean-up on the other side of the roommate curtain, I found myself squeezing my eyes shut and praying, "Please, Lord, do not let me live too long, where I'm in Betty's condition." Now, I'm not sure whether or not that was a good prayer, but, boy, that's exactly how I felt after sharing a room with her. As entertaining as she was at times, she really scared me, or, rather, her condition scared me.

It got too much in the middle of that tough night,  and I realized I needed to take care of myself, since that's what I was in the hospital to do. In the middle of all the chaos and smell, I requested a room change. The nurses accommodated me immediately, and I was put in a room with a less effusive roommate. As I was getting ready to leave the hospital the next day, I told our nurse to please give my best to Betty.

I'm not sure of Betty's fate, but I learned enough from her to give me great pause about what the next twenty or so years might hold for me. Plus, I learned a great zinger for when I'm stuffing my face. Ten assholes. Ha!