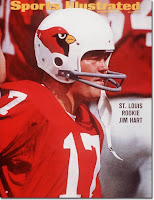 OK. I've had it. "Arizona Cardinals" pushed me over the edge. The time has come to set down some rules for naming professional sports teams. Men, I assume, are in charge of this stuff and obviously have no imagination where team-naming is concerned. Let me help you out, fellers. I'm laying down new rules. Some are retroactive and will involve renaming existing teams, but most will apply to naming teams from this point forth.

1. No duplicate names. Especially for two different sports in two different cities. Having the same name for a San Francisco baseball team and a New York football team is not allowed. It's confusing.  Don't care where the team originated (see rule #2).

Too bad pro teams can't be more like high schools and colleges, having the same team name cross-sport. Yankees baseball, football, hockey, basketball. Done. Of course a couple of cities present a problem, having more than one of several sports teams (for example, NYC and Chicago). We'll figure something out there, but you other cities can get with this program right away. And no stealing from college teams (I don't want to hear about the Boston Crimson Tide). If you don't like that idea, at least abide by the "no duplicate name" rule. 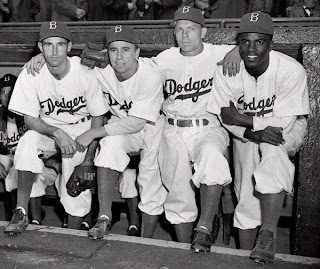 2. The team name belongs to the city not the team. Is there a bigger fiasco in the team-naming biz than "Utah Jazz"? Jazz in Utah. Right. Utah had no right to that name when the pro basketball team left New Orleans. We all "get" New Orleans Jazz. Sorry, Utah - change that name to "Mormons" or "Uptights" or something. Now, I know this will affect other pro teams who've moved from pillar to post over the years. (Yes, I'm talking to you, Indiana Colts - that name belongs to Baltimore, even though Ravens is a better name for a B'mo team.) See where I'm going with this?

To avoid mass confusion and the cost of retooling all that fan paraphernalia, I decree that any pro baseball, football, basketball, or hockey team having a team name for over 40 years can keep it, even if the name belonged to another city way back when (unless it breaks the "no duplicate name" rule). Exception to this rule: "Dodgers" belongs to Brooklyn. Period. Los Angeles, change the name of your baseball team to the "Freeways," "Sleazeballs," or "Bimbos." Dem Bums = Brooklyn. 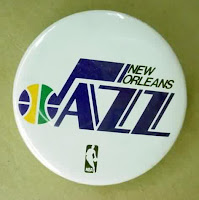 3. The name has to make sense. (See Utah Jazz discombobulation mentioned in Rule #2.) Sure, I realize that originally "Cardinals" referred to the color not the bird. However, over the years that particular team name does refer to the bird mascot emblazoned on the shirts, caps, and helmets. I think there are cardinals in Arizona, perhaps, but a red bird doesn't immediately come to mind when thinking about the desert Southwest. And anyway, everybody know that anything Cardinal-related belongs to St. Louis. How about "Cacti," "Golf Courses," or "Boiling Heat Waves," Arizona?

I have more ideas about this, but let's jump on numbers 1, 2, and 3 first.  Professional sports owes it to its fans to do a better team-naming job. And I'm here to help. For a fee.
Posted by MaryB at 7:22 PM