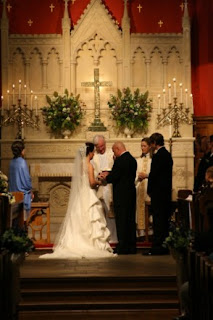 Remember this time last year? When you were wondering where things would be this time this year? Well, here we are. So, what do you think? Better? Worse? About the same? Here's my humble assessment of 2008:

Kate and Greg. It was a beautiful wedding, and we're all happy they are married. Yea! Plus, no more big weddings to plan and pay for. Double-yea!

Barack Obama. It feels like there are lots of positive possibilities now. We'll just have to wait to see how it plays out, though. Still - very hopeful.

Weight Watchers. Thank you for helping me lose those 25 pounds in 2008. I feel much better. 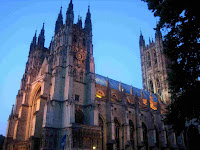 England. Twice. Two-and-a-half weeks in Canterbury for Lambeth in July and another couple of days at a retreat center in Derbyshire in November. Added bonus, dinner with Jo, Chris, David, and Thomas!

Girlfriends hit New York. All four of 'em. All in my tiny apartment for a solid week. But, boy, did we have a blast! From sun-up to well past sundown, we were on the go, doing the town. One for the books! (Also, great visits - both too short - from Daughter and Sis.)

Tina Fey. I mean, really, she has just done wonders for television comedy - 30 Rock and SNL.

University of Alabama Football. The Tide did roll again (except for that little Florida skirmish). On to the Sugar Bowl!

Facebook connections. A lazy person's way to keep up with everybody. And lots of fun! 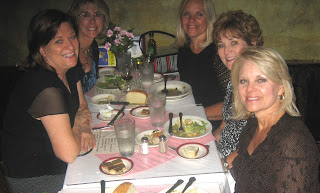 So long, Winston. Blogging is not the same without him. I think we're all still stunned by his death.

I'm sure I've missed important items in both categories, but on this New Year's Eve as I nurse a cold, I'm looking ahead to 2009 already. How about you?

May you have an abundance of what really matters - love, health, laughter, joy - and enough of the other stuff - money, work, relaxation, chocolate - in 2009. Happy New Year, dear friends!
Posted by MaryB at 12:00 PM

TO RECONNECTIONS WITH FAMILY LOST FOR 5 YEARS!!!! CHEERS!!! I Love you bunches. You have A LOT of bearing on the person I am today.
Happy New Year!!

What a great round-up, mary.

I still have winston on my sidebar because ...