COVIDiary: Let's Kick This One To The Curb, Eh? 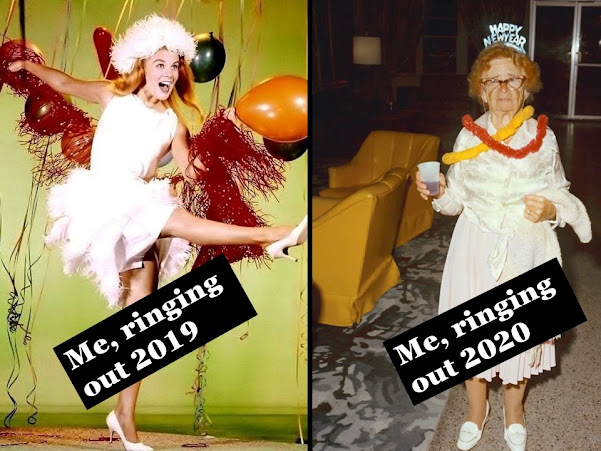 It has been an historic year. One damn thing after another, actually, but lest I tempt fate on this almost last day of the year, I seem to have survived. So many didn't. No need for a yearly recap - who'd want that? Still, I do have some last thoughts to get down for posterity, so here goes.

And that's it. That's all. I managed to stay alive.

I didn't finish writing any of my great American novels, become a master chef, learn to knit or throw pottery, run a marathon, sort my finances, organize old photos, or become fluent in Urdu. I didn't even read as many books this year as I did in 2019.

And that's all I have to say about 2020. It's been a watershed year in the most awful of ways. Too many senseless deaths, life upended in a million ways. I'm thankful that at least I can hold my grands close, and I pray all of us stay well.